How The Pilot's Mind Works - An understanding for Aspirant Pilots

How The Pilot's Mind Works - An understanding for Aspirant Pilots will happen in this article but before we start, lets fo with a quote.

Berra, the famous US baseball player, coach, said, *Baseball is mental; the other hay is physical-- If you ignore the math, you could have equally made this comment about flying. The physical flying an aircraft is really simple in comparison with the mental In other words, your results are largely dependent upon your mental performance.

If you want to perform at your peak while flying, an understanding of how your mind works is not only beneficial, it is critical. The goal of this article is to give you enough information so that you will buy into the concepts and tools we want you to use. Without this basic understanding, it is doubtful you will believe in the concepts and, therefore, not use them. With this as a framework, let's dive into the pilot's mind.

The model works like this: information, primarily senses, is input into our brains, which we can look at as operating computer. In this "bio-computer," the information is processed based on our software or programming, resulting in output. When it comes to flying an aircraft, this output is some form of action or reaction: using the control column or rudder pedals, looking at something, making a decision, behaving a certain way, having self-confidence or millions of other actions.
Within your software, or mental programming, are your psychomotor skills (physical actions and movements that you can do without having conscious thought), your state of mind, decisions, behavioural traits and your belief system. You could have the latest and greatest supercomputer, with the very best software or programming available, but if the input you give it is of poor quality or very little quantity, you will not get the output you were seeking.
Conversely, if you give an old computer, with a slow processor, lots of great quality input, you still will not get the output you were looking for (at least not as quickly as is needed when flying). In other words, the combination of your brain's processing speed and your software (programming) determine the output which, in this case, is your flying performance.
The performance Model info Sensory Inputs
• Visual
• Kinesthetic
• Auditory
Thoughts Focus & Concentration
BIO-COMPUTER Process "software" sychmotor Skills
State of Mind
Output Decisions
Behavioural
Traits &Belief

How The Pilot's Mind Works can be understood more clearly is you think of the following technique. Have you ever had days or times when you feel completely switched and performing at a high level and other days when it seems you can't get out of your way? Part of the reason for this is how well you're using your whole brain. When you switch on and are performing at your you're using your whole brain and processing information quickly and efficiently. When you're not performing well, it's as if you're only using half a brain; you're not processing information very fast.
It's surprising to many pilots that they can use some exercises to speed up their brain's ability to process information and therefore fly more proficiently and smarter. Well look into brain integration and how you can improve your brain's functioning in the next article. 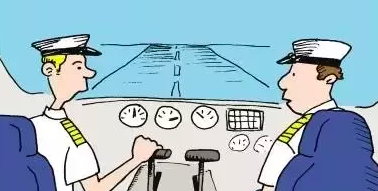 Sensory Information :
Anyone familiar with computers will have heard the saying "garbage in, garbage out" or "GIGO" for short. The same thing applies to our minds; if we input garbage, the output will be garbage. Of course, the opposite is also true: "quality in, quality out." So where do you get the information that is input into your brain? From two main sources: sensory input and thoughts. Sensory inputs can be broken down further into visual, kinesthetic, and auditory. Since the only use of your sense of smell when flying is to deal with problems (e.g., smoke or fumes), and not to improve your performance, we'll not deal with it in our courses . Of course, we don't use our sense of taste while flying (except eating crew meals!).
Most of the information you put into your brain when flying comes visually. What is not so obvious is exactly what visual means. To many people, having 20/20 vision means having good visual input. While central vision acuity, which is what the 20/20 measurement relates to, is important it is not the most important part of the visual input. For example, visual- spatial awareness, peripheral vision, depth perception, and the ability to change focal points rapidly are much more critical to flying. That is why some pilots with 20/20 vision do not "see" as much as others who havelesser vision. The kinesthetic sense involves much more than just the sense of touch.
It also includes your proprioceptive system (the ability to sense foeces acting against your body) and your vestibular system (sense of balance).

How The Pilot's Mind Works?

Yes, yes, and yes!
PERFORMANCE
The better the quality and the more quantity of input from your senses that you can process, the better the output and the better your performance Will be. Some people seem to think that auditory input is not that important when it comes to flying aircraft. It is true that our auditory sense is the first to suffer when we are mentally overloaded. If you don't believe us, consider how many radio calls you have missed while concentrating intently on just flying or how many times your spouse has accused you of selective hearing! Having said that, a great pilot still receives a lot of input from their hearing.
At your most aware, you just know when you are getting a little slow turning final or are approaching the stall as your auditory senses pick up the decreasing sound of the air rushing past the cockpit. The sound of the engine tells you a lot about whether your throttle adjustment was in the ballpark. Sounds out of the ordinary pinpoint our errors for us; we haven't moved the propeller control to fine pitch on final, we left the gear down after take-off or forgot to select it down on final!
A Pilot's primary sensory inputs come from their eyes, ears and The overall message you should be getting from this is that anything you can do to improve the quantity and quality of sensory information going into your brain the better your performance will be. Well get into the details of how exactly to do this in the chapter on Sensory Input.
Your Software
Everything you do behind the controls of the aircraft (and in life for that matter) is a result of the programming in your brain. What do we mean ? Each and every time you do something, anything, synapses in your brain that relate to that activity fire off bio-el the electrical current from one to another. This pathway now becomes the for doing this act. The more often the act is completed, the deeper the programming becomes.
Let us make one thing vent clear; you must fly an aircraft at the subconscious level and not the conscious level. Why? The aviation environment is far too dynamic for an aircraft to be flown effectively at the conscious level. A pilot cannot think through each skill and technique as hey fly the aircraft. Let's consider the captain of a jet airliner conducting a take-off at the distance-limited performance weight limit from a contaminated runway. Imagine now that the captain is rejecting the take off close to VI. Imagine them thinking themselves through the entire process.
"0k! Start braking now by moving my feet up onto the brakes and squeezing them down together while keeping the aircraft straight with rudder, simultaneously moving my right hand to the reverse thrust levers and applying maximum reverse thrust suitable for the conditions while being prepared to use asymmetric thrust on the applicable side if we start to aquaplane on this contaminated runway...." Where do you think they would end up?
Quite possibly in a post-crash investigation into why they took so long to complete the reject actions as they were sliding off the endof the runway!
To emphasize the importance of flying at the subconscious level, consider this fact: your conscious mind processes information at a rate of 2,000 bits of data per second while your subconscious mind processes at a rate of four billion bits of data per second! Is there any wonder why the subconscious is better at operating in such a dynamic environment?
You must rely on, and trust, your subconscious programming to fly the aircraft. From where does that programming originate? Mostly from experience and physical programming, but it can also come from mental programming. We most often hear this mental programming referred to as visualization or mental imagery. Virtually every pilot will have been told, at some stage of their training, Of the virtues of practicing sequences to be flown using bedroom or armchair flying, i.e., using some form of visualization technique to rehearse.
Most pilots will even tell you that they use visualization when a majority of them just close their eyes and think about what they want to achieve. Effective mental programming is more than just that. Mental imagery is in reality" actualizatio visual sense.